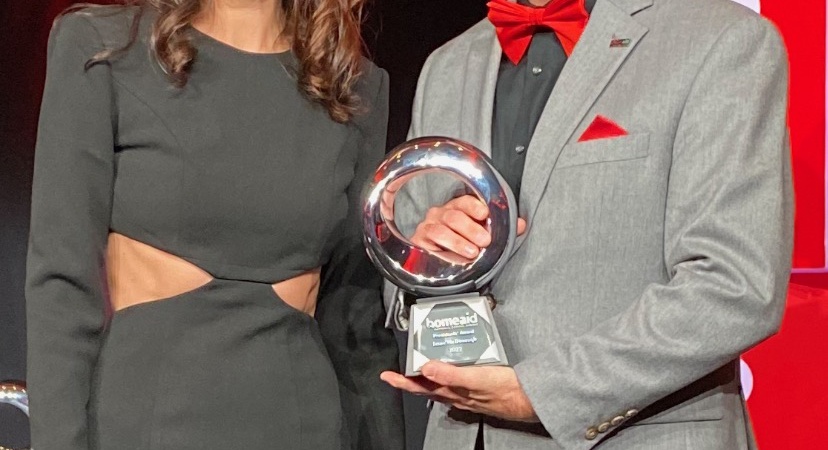 Reston, VA — John Marshall Bank (“JMB” or the “Bank”), subsidiary of John Marshall Bancorp, Inc. (the “Company”) (Nasdaq: JMSB), is proud to announce that Executive Vice President, Chief Lending Officer, Jason R. McDonough, has received the President’s Award from HomeAid National Capital Region while attending their Annual Gala and Auction. The President’s Award is presented to those who show exceptional dedication to the goal of ending homelessness through service to HomeAid National Capital Region.

“I’m honored to have received the President’s Award from HomeAid, while at their biggest yearly event,” stated Mr. McDonough. “It has been a privilege to serve on this board with my peers in the building industry and to be able to accept this award in the company of my family and colleagues.”

HomeAid National Capital Region, whose recent expansion to serve communities throughout the DC Metro area was led, in part, by Mr. McDonough, has been an affiliate of HomeAid America for the past 21 years. In this time, they have been part of a national vision of working to connect local nonprofit organizations with homebuilding experts to create dignified, safe, and stable living spaces for those experiencing or are at risk of homelessness.

To view the press release on our Investor Relations page, please click here.