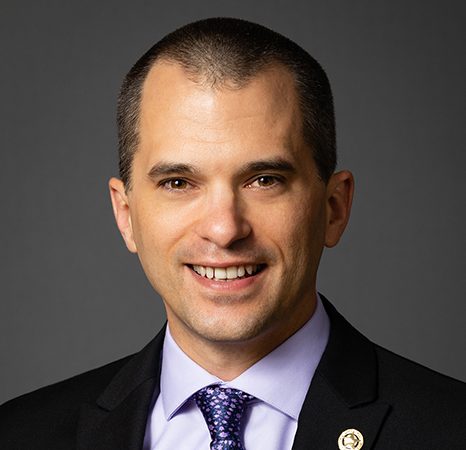 Reston, VA — John Marshall Bank is pleased to announce the promotion of James Estep to Regional Executive in Fairfax. James joined John Marshall Bank in 2018 as Regional Executive in Reston. Under James’ leadership, the Reston region has seen accelerated growth and market expansion. As Regional Executive in Fairfax, Estep will provide operational and strategic direction in Tysons while continuing to oversee JMB’s efforts in Reston. In addition to his executive role, James also serves as the leader for the Health Services team which specializes in providing industry-specific banking services to healthcare practices and veterinary clinics.

James has 15 years of banking experience, beginning his career in Tysons, Virginia in 2004. The majority of his time in banking has been within the Commercial Lending space. His professional background is supported by an extensive academic career. Estep graduated from Virginia Tech in 2004 with a Bachelor of Science in Finance with a minor in Real Estate. He continued to pursue formal training, graduating from the Virginia Bankers School of Bank Management in 2008 (with honors) and the Graduate School of Banking at LSU in 2014.

“It’s been a great experience working with John Marshall Bank in the Reston office and I am excited to continue to advance our efforts in the Fairfax region. I’m looking forward to building new partnerships and helping businesses and individuals with our incredible products and services,” stated Estep.

“Having James as our new Regional Executive in Fairfax is a great privilege for us at John Marshall Bank. We’ve seen how James’ leadership has caused our Reston market to grow rapidly. Not only do we expect those efforts to continue in Reston, we’ve asked James to duplicate this success in the Tysons market as well and we are confident in his ability to do so,” stated Andy Peden, Chief Lending Officer.

James is a native of Fairfax, Virginia. He has dedicated his spare time to volunteering as an EMT for the past 12 years in both Fairfax County and Loudoun County.  He also serves as a Board Member of the Reston Chamber of Commerce.