Fraud and Identity Theft By the Numbers

Who is at Risk of Fraud?

The Federal Trade Commission (FTC) releases an annual fraud report through the Consumer Sentinel Network. This report is filled with fraud facts and statistics that help consumers understand the current trends. We’ve gone ahead and identified several key stats, as well as fraud facts in VA, MD and DC. 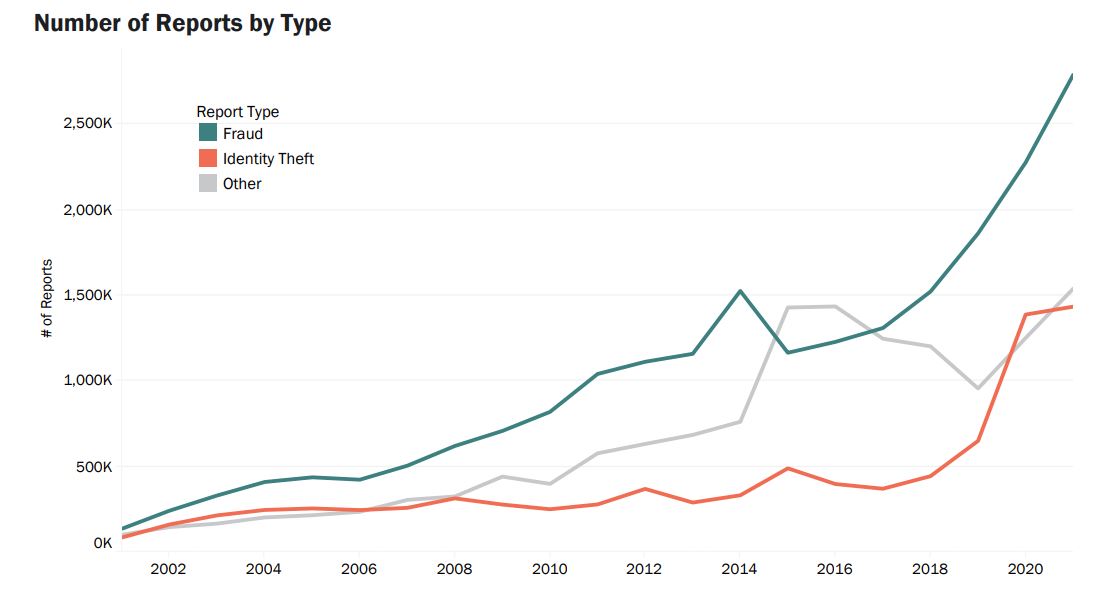 Percentages are based on the total number of Consumer Sentinel Network reports by calendar year. These figures exclude “Do Not Call” registry complaints.

Due to the nature of the internet and our digital footprint, anyone who uses the internet to input sensitive information is at risk of becoming a victim of identity theft and fraud.

In terms of demographics, the tables aren’t turned quite the way you think they would be. Interestingly enough, the FTC revealed that millennials are actually more likely to be a victim of fraud than the elderly.

These fraud facts showed that 41% of adults age 20-29 who have reported fraud, end up losing money in a fraud case, compared to only 18% seniors.  However, when seniors lose money to fraud, they have a much higher loss rate than young adults.

According to the Federal Trade Commission’s report in 2021, 2/3 of our region ranked in the top 10 in terms of identity theft complaint density compared by population.

Fraud Facts in Maryland in 2021

Have any questions or inquiries? We’ve got answers! Send us a note and we’ll reach out to you within 1-2 business days.